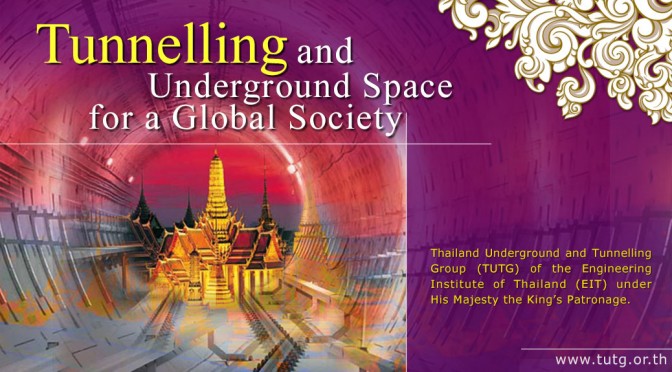 Tunnelling and Underground Excavation in Thailand

As a commercial and political center of the country with a rapidly growing population and expansion, Bangkok is continued to witness the need of more infrastructure projects. Various major underground construction projects are being planned and some have been implemented. Below are some of the ongoing and upcoming major projects.

As the existing mass transit network is considered inadequate to improve Bangkok’s congestive traffic problem, Office of Transport and Traffic Planning and Policy (OTP) proposed the 291 kilometer extension of MRT network. On February 23, 2004, the Commission Management for the Land Traffic (CMLT) passed a resolution to implement the proposal.

There are no upcoming events at this time.